According to the Arthur D Little paper Urban Logistics, How to unlock value from last mile delivery for cities, transporters and retailers, “alternative transportation and logistics infrastructures are created, or existing infrastructures are adapted, to better suit the needs of urban freight transport.”

Here are some of them:

According to the Little report, “An urban distribution center (UDC) collects shipments in a specialized warehouse at the edge of the city, where they are consolidated before being shipped into the city for last mile delivery. The objective is to increase truck usage, which benefits the city’s congestion level and air quality.”

Belgium’s leading postal operator has developed a City Logistics project, to “improve the delivery of goods within cities where traffic volumes and restrictions may make it increasingly difficult.” According to Post and Parcel, the aim is to “cut the number of individual deliveries made into the city center by consolidating items within a facility on the outskirts of the city first”, where goods are delivered to a specially equipped depot for delivery to final recipients downtown on the same day.

The project expanded to other cities, according to its site, Road haulers that have to make deliveries to various places in the city center, drop their goods off at a bpost depot at Houtdok. bpost then uses smaller vans to deliver the pallets and parcels to retailers on the same day. At the moment, City Logistics delivers 100 shipments per day in Antwerp city center for five haulers.

Delivery company DHL has developed an urban logistics development project for several cities. According to Professor Eiichi Taniguchi from Kyoto University, quoted by the portal Trailblazer, the term City Logistics applies to “the process for totally optimizing the logistics and transport activities by private companies in urban areas considering the environment, the traffic congestion, and energy consumption within the framework of a market economy.

The objective of City Logistics is to become recognized leaders for logistical challenges in the urbanization context and thus, drive profitable growth. According to DHL, “Ningbo is the first city in China where DHL is working with its partners and the municipal government piloting City Logistics”, which had challenges in delivery efficiency, oil prices, service quality of local service providers and the regulation of limit cargo vehicle during day time.

According to Little, this “brings goods directly into the city using alternative mass transportation means (e.g. ships and freight trains), after which vans and other last mile delivery transportation, cover very short distances. This measure is not cost-effective for transporters at this moment due to the increased cost of the added transshipment, but it enables urban delivery of goods in restricted areas.”

The French capital, whose city logistics are based mainly on road transport and concentration points outside the city, has a challenge making the last mile. That is why the town has innovated with a direct freight injection via canals through the river Seine. According to The Guardian, some grocery stores such as Franprix can now work delivery schemes supplies of up to half of their Parisian stores via river, taking as many as 2.600 trucks of the city roads.

How is it done? The European Logistics platform website explains that they transport “swap bodies (containers) from a warehouse 50 km south-east of Paris to the port of Bonneuil sur Marne. Goods are shipped over water to an inner quay within Paris, where containers are unloaded and put on truck trailers. These trucks deliver then the products in 100 Franprix shops in the inner city of Paris. “

The British newspaper quotes Stéphane Tuot, stating that “there’s room to deliver all of our 350 Parisian stores via the Seine – that’s totally doable.’”

On the other hand, they have been testing further using the river to deliver freights, with new IT software to map both road and cycle routes, to maximize the efficiency of deliveries.

According to the LaMiLo Project website, “The City of Paris is actively promoting multimodal logistics and focusing on river transportation. Should the volumes be secured, the hub located by the river would enable deliveries of parcels by boat to be transported to their destination, for the final mile, by electric bikes.”

According to Little, “cities can also reserve dedicated parking spaces for (un) loading trucks in the city, or let trucks use bus lanes during certain times of the day”

The Spanish port, according to the center Civitas, has to introduce multi-use lanes, to extend their length and convert them into unloading spaces between peak hours. Digital display screens can provide web base information on lane priorities.

The reason for these improvements is that most business premises in the city have limited stock capacities and lack off-street loading capabilities. The Civitas surveys, in collaboration with then Association of Manufacturers and Distributors of Spain (AECOC), had shown that “while the overall number of delivery places matches the goods demand, the time and location of space availability does not meet operators’ individual and specific needs.”

For instance, in one of the streets, an operator “demonstrated that quiet, night-time deliveries could be made using adapted trucks and unloading methods. From the municipality’s point of view, greater efficiency was achieved by replacing seven day-time deliveries at times of congestion with two deliveries by larger, quieter vehicles outside peak hours.”

Nowadays, according to the project “the PICT (Spanish acronym for Individual Space for Temporary Loading/Unloading) is an innovative tool for use in locations that lack conventional L/U zones. It comprises a reserved roadside space for goods delivery in front of business premises and for a limited period of time (two hours). The space is signposted and access is limited to the holder of the concession.”

While these measures undoubtedly improve the quality of supply chain operations, delivery routes and fleet management,  some cities have bigger challenges, such as the use of equipment and technologies, and we will talk about them in a later post.

What other infrastructure innovations would you consider useful? 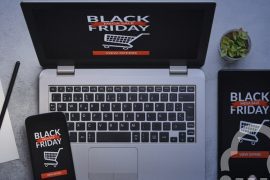 4 tips to adapt your logistics to Black Friday 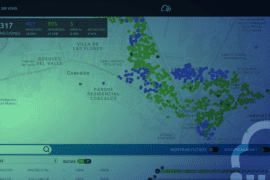 TMS: Know what it is and its advantages